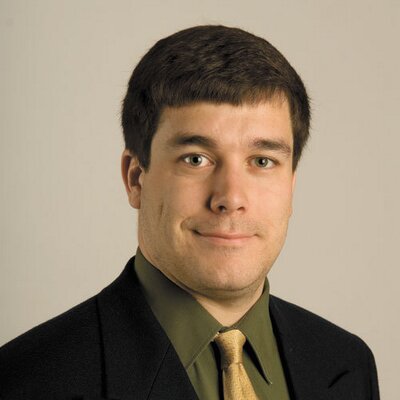 As companies return to the office, many are contemplating an office hoteling setup where employees would no longer have defined workstations.

With many employers embracing a hybrid model that will have fewer people in the office than before, experts say it's easy to understand why hoteling is garnering more interest – particularly among businesses looking to shed real estate costs.

But with many employers also hoping to lure reticent workers back after more than a year of working remotely, experts say they should tread carefully with hoteling, as it can be a touchy subject with many employees.

Some workers aren’t comfortable sharing desks with others. Others don’t like the uncertainty of not having a desk of their own. Some treasure the unique touches of their personal spaces.

For those reasons, experts say there are several things employers should consider before implementing an office hoteling policy to maximize the chances of success.

Just as companies need to determine the “why” for being in the office, experts say they also need to have a compelling reason why hoteling is the optimal strategy.

Many companies have looked to office hoteling as a means to cut square footage and save on rent, but Benjamin Osgood, founder and managing director at San Francisco-based Recreate Commercial Real Estate, said that’s not always a good reason.

Removing a bunch of six-by-six workstations probably isn’t going to move the needle that much or save a ton of square footage at the end of the day, Osgood said.

“Hoteling is not going to be the lever to pull that’s going to make a big difference in savings,” Osgood said.

Osgood said companies should instead be thinking of ways to maximize the effectiveness of their space, particularly since many also are trying to encourage employees to return to the office.

“I would just caution companies to not be short-sighted and start taking things away from employees when you’re trying to incentivize them to come back to the office,” Osgood said.

Finding the "why" will help companies determine where they might be able to cut workstations without sacrificing the quality of the office experience.

Experts say companies shouldn’t pursue a hoteling strategy in a vacuum or force it upon their staffs without gauging their opinions.

Surveys and one-on-one conversations will provide not only worker sentiments on the idea, but may also reveal some opportunities or challenges with a hoteling strategy that managers or executives may have overlooked if they are disconnected from what actually happens on the ground in the office.

Osgood said his firm has a return-to-office survey it has been distributing to clients. At this point, thousands of employees have responded.

He said the feedback on hoteling has been divided into thirds.

Osgood said it’s a deeply personal issue and one where employers should tread carefully.

He recalls a health-care client that had technicians in the field who were only coming in a few times a week — which made hoteling seem like a smart prescription.

“The problem, though, is what would happen is one guy would get in early and get the best desk by the window. That started to create animosity,” Osgood said. “Then, someone would beat him to the office and took what was now ‘his desk.’ That created [more] animosity.”

Debbie Donley, owner and principal of national architecture, design and workplace strategy company Vocon in Cleveland, said the hoteling process needs to start with a high collaborative process that engages the employee population from the outset and involve workers at different intervals.

“When you try to just unveil something in one moment, it typically fails because they weren’t involved in the process,” Donley said. “Don’t make assumptions about your population.”

She said there needs to be a thoughtful and authentic exploration of what really happens in people’s workplaces.

“It’s really important to think about space in a context of what you’re actually trying to achieve,” Donley said. “If it doesn’t connect, that’s not going to work.”

There’s not a magic ratio for companies looking to determine how many workstations they would need per employee in a hoteling policy.

Experts say those totals will vary not just by company, but from department to department within a company.

“The secret sauce in hoteling is being able to go in and help leadership teams really assess what is going on in their organization and help them pick the ratio,” Donley said.

To find the best number for their needs, experts say companies need to determine the maximum number of employees who would need workstations on any given day – taking into account any future headcount growth.

They need to also consider what types of workstations will be needed based on the type of work each employee or department performs. That also could vary widely.

In his company’s surveys, Osgood found a correlation between appetite for hoteling and frequency in the office.

“Respondents that said, ‘I actually want to come in five days a week because I feel more productive in the office.’ That’s the person that needs their own desk, and the inverse is also true,” Osgood said.

Employers should also realize their hybrid model is likely to evolve and employees could end up being in the office more than initially anticipated. Failing to address that in a hoteling strategy could be a costly error.

Once a hoteling concept is in practice, Osgood said there are plenty of tech-based options to allow for workstation reservations and management to ensure workers aren’t coming to the office and having nowhere to sit.

However, experts caution those systems only work when companies actually enforce the reservation requirements and there is a high level of trust.

An effective hoteling strategy isn’t just about desks and physical space. Technology is a huge part of the equation.

Osgood said companies need to ensure they have the proper tech setups to make hoteling a reality. Considerations include phones, computers and network access and how each of those will seamlessly move between workstations.

He said companies need to develop formal plans and policies that incorporate technology into their strategies. It could mean having a BYOD – bring-your-own-device – setup or having dedicated computers where any employee could log in with their credentials.

Similar to office hoteling in general, there’s no one-size-fits-all approach to technology needs for offices without assigned workstations.

“There are nuances,” Osgood said. “It’s not the simplest thing.”

With Zoom calls expected to be ubiquitous in hybrid workplace models, experts say companies need to take that into account, as well.

Many are building Zoom rooms, phone booths and other dedicated spaces for hybrid collaboration into their floorplans when embracing hoteling.

This article originally appeared in The Business Journals on July 16, 2021.