The Scattered Office: Can S.F. Adapt? 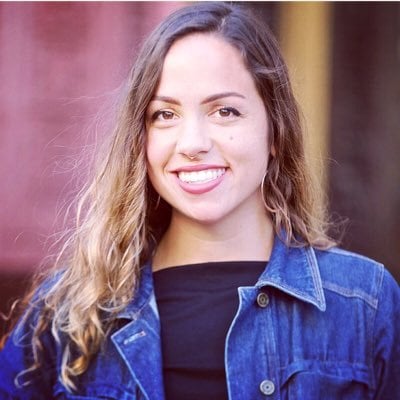 But six months into a global pandemic, the city’s fascination with living and working in a densely packed environment has cooled considerably. A heightened awareness of employees health and safety has changed companies’ expectations around space. The choices are stark: keep employees home, bring fewer back to the office, or scatter their workforce among low-rise, pandemic-friendly campuses.

What does this mean for San Francisco’s current crop of towers? The jury’s still out on how many of their tenants will return — and how quickly — and whether tenants of the future will view height and density as negatives.

The first weeks of September were a whirlwind for San Francisco tenant advisers at Recreate Commercial Real Estate. The brokers found themselves fielding a flurry of inquiries from potential clients pondering their employees’ eventual return to the office after months of virtually no leasing activity.

“After Labor Day, we were getting multiple inquiries per day on our subleases from other brokers and they are telling us that their timing is either immediate or Q4,” said Benjamin Osgood, the firm’s founder and managing director. “So people are going back to an office.” 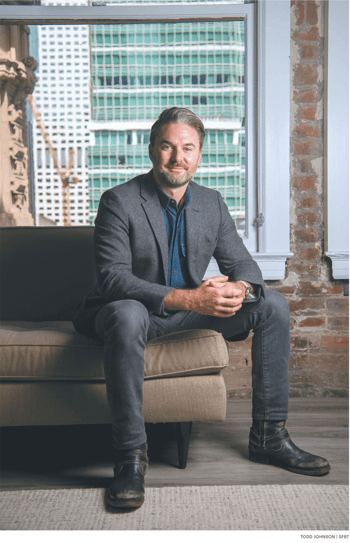 But those offices will likely look very different. The square footage per person companies are planning on has risen sharply, Osgood said, with office planning models “all clocking in right about 225 square feet per employee,” up from about 150 square feet.

Their locations may be different too, with companies concerned at the prospect of employees traveling to and from work on trains and buses that may soon again be crammed shoulder-to-shoulder.

“There’s less demand for high-rises, more demand for low-rise buildings. I think the Presidio is going to capture a lot of tenants because you get the best of both worlds,” said Osgood, referring to low-rise office offerings available on the National Parks site. “You can drive there, you’re still in the city, and it has nice amenities.”

Some big tech employers — Twitter being a prominent example — have adopted remote work as a permanent option. And employers who plan to summon their workforces back to a physical office will have to adapt to a post-pandemic world. “I’m hearing about tenants who are reconfiguring office space to accommodate for social distancing,” said Jesse Gundersheim, a market economist for Costar. “I think the biggest question is whether this will last in the post-pandemic era, once health concerns subside. It does appear that a long-term density trend is due to reverse course.”

As some companies work to de-densify existing spaces, others seek buildings where social distancing can be easily implemented with access to open space. Some are considering opening up smaller offices in submarkets to spread out their workforce, a model called hub-and spoke, according to Dylan Peters, also a tenant adviser with Recreate.

“This was a trend that we were beginning to see pre-Covid-19. We were consulting with some companies that had questions about (having their) headquarters here in San Francisco and then also setting up a satellite office in Dallas, for instance,” said Peters. “We got those inquiries even during the pandemic, but we are not seeing a lot of people currently executing on this model.”

The city’s appetite for flashy and efficient vertical construction is not likely to vanish overnight. Construction on a number of high-rises carries on, including the 1.2 million square-foot mixed-use Oceanwide Center at 50 First St. and Brookfield Properties’ 5M, a mixed-use project at Fifth and Howard streets. Previous rumors of the death of the high-rise have always proven to be exaggerated.

“Of the 15 tallest buildings, how many were built after 9/11? Fifteen,” said Alexander Quinn, JLL’s research director for the Northern California region.

Yet real estate and design professionals agree that demand is increasingly focused on having greater control of the physical environment.

Almost all of the offices Randy Howder, a principal at Gensler, has designed over the past decade included 30-by-60-inch workstations, he said.

“Despite our best intentions, these tech companies were growing so quickly that they were adding desk after desk to the rows. We used to joke that they bought a ticket for first class but are sitting in the back of a 747 in coach,” he said.

But some of Howder’s clients who are looking to return to the office are challenging his firm to rethink that formula.

Design for new office projects post-pandemic starts with acknowledging that nearly all workers won’t be showing up every day, Howder said.

Howder sees more of a hospitality focus to the workplace — spaces where it feels “natural to convene over coffee and lunch.”

His clients are also seeking flexible and varied environments for employees — including a mix of outdoor and indoor workstations and conference rooms, called “threshold” spaces. Howder is currently working on a project in the South Bay that has a primarily outdoor environment.

While Howder does not believe that density is dead, he admits that it needs to be reimagined.

“I’m not saying our office space will be less efficient or that employees will use more space to be less dense. We are not going from 100 square feet per person to 500 square feet per person. Real estate costs money,” he said. “With the right design and the right programmatic mix, you can really create spaces that feel spacious and healthy but still maximize capacity.”

His team is currently “reconsidering the circulation” of a medium- sized office project, and has come up with a design that allows tenants in the building to access varying floors through an outdoor courtyard, avoiding elevators, a lobby or an enclosed staircase completely.

“Nobody is designing for this pandemic — by the time these buildings are built it will be in the past,” he said. “It’s about what will happen the next time there is a health crisis.”

The answer may be as housing, said Schwettmann.

Such a conversion has been looked at in a number of buildings in the city in recent years, including the former Chevron headquarters on Market Street. However, given the past profitability of office space, such conversions have generally not made sense in San Francisco.

“It’s not happening, but yet why wouldn’t it? If jobs don’t have to be clustered so much, why wouldn’t people want to live downtown in San Francisco, near the water and near great parks?” Schwettman said.

“Does anybody think that there will be entire empty high rises in San Francisco? I don’t think anyone thinks that,” he said. “But when you look at it from an economic standpoint, 5% or 10% vacancy is a lot. It doesn’t take too much change to push these projects from making sense to build to not making sense.”

That’s for the future. In the here- and-now, SOM has delivered the designs for a number of luxury condo towers that have sprouted across the city in recent years, including a 120-unit building at One Steaurt Lane and the 537-unit skyscraper at 500 Folsom St. Schwettmann said that the firm hasn’t “seen much change” in the interest in high-density housing projects moving forward.

“The reality is rents are going down, but there are still a lot of people that want to live here, regardless if they work downtown or remotely,” he said, adding that there is “no direct correlation between size or the number of apartments (in a residential building) and any of the pandemic-related trends.”

Schwettmann’s clients are expressing “more interest” in open space, decks and terraces “of varying sizes, not just one balcony per-unit,” he said.

How this shakes out remains to be seen.

“I don’t think density itself is the issue. It will come down to — if someone doesn’t want to go to the office, where would they like to live? In a walkable neighborhood in San Francisco or in a suburb with more space and a backyard?” said Schwettmann. “The jury is out on that.”

But falling rents and an increasing number of vacant San Francisco apartments on the market are evidence of a decreased appetite for big-city life. The city’s 4.4% apartment vacancy rate in the first quarter of last year has nearly doubled in 2020 according to CoStar, and condo listings at their highest point in eight years — also a sign of a weakening housing market.

“It’s unprecedented. We have never seen the vacancy rise so high historically,” said Gundersheim, CoStar’s director of market analytics for the San Francisco area. “We are certainly seeing a strong trend on the multifamily side, a shift from dense urban areas to suburban environments across the country.”

Urban centers are also seeing the fastest declines in rent. In San Francisco, rents for studio apartments have seen the sharpest drops, followed by one-bedroom apartments. Larger units, like two- and three-bedroom apartments, are seeing less of a decrease as “people are looking for additional bedrooms to make home offices to work out of,” Gundersheim said.

Data provided by housing finder service Apartment List shows that while the percentage of San Franciscans looking to move into another metro area this year is similar to 2019, inbound searches coming from other parts of the country have declined.

“Even if the share that is leaving is stable, if there are fewer people coming in from other parts of the country that also will lead to stopped demand,” said Chris Salviati, a housing economist with Apartment List.

Oz Erickson, chairman of Emerald Fund, which has completed 3,000 units in San Francisco and is among the city’s most prolific housing developers, said certain forms of housing may be hit harder than others in the current climate, saying he would be “personally very concerned about building a dense SRO project.”

Erickson said the firm experimented with higher density in 2002 in building “super small,” 180-square-foot units, but ultimately decided on about 400 square feet.

But Erickson, too, worries about vacancies in his buildings as the pandemic casts a pall on city life.

“I am concerned, sure. Vacancies are rising. It’s significant — it’s a major hit. Do I think it’s temporary? Yeah,” he said.

And he certainly hopes so: “If you can’t go to nightclubs and restaurants and museums, why would you stay in San Francisco?”

This article was originally published in the San Francisco Business Times on September 25, 2020.